Yesterday I received three job rejections…all at the same time.

I have been actively looking to start my career since my graduation a year and a half ago. The search has been arduous to say the least, and for the first time I cried. I cried because I was frustrated, because I felt stuck. But mostly I cried because I did not know how much more rejection I could take. ..A moment later I dried my tears and began looking again.


Upon my search, I came across a post for an event titled “Staying Motivated throughout the Job Search Process “by New York based speaker and career coach Kristina Leonardi. The event was scheduled for that same day at 6pm. I made a mad dash for the door hoping I would make it on time.

On my way over to the New York Science, Industry and Business Library, I prayed that the event would not be a waste of time. I was in no mood to hear the same old job search tips. You know, the ones you usually get from a talking head in a business suit telling you to put your best foot forward and “Network Network Network!“. Fortunately, it was nothing like that.

The first thing I noticed about Kristina, besides her awesome jewelry (an array of really cool rings all over her fingers) was her holistic approach. Her language was relatable to me. She talked about the universe, visualization, affirmations- terms that resonate with me, an individual who believes wholeheartedly in the power of the mind. Yet, she did not just tell a crowd of mostly unemployed individuals that if they believe that they will find a job, it would magically happen. That would be unrealistic. No, instead, she gave us a quick kick in the rear. She challenged us to reevaluate what we are looking for, to know what we want, then take the necessary steps to attain it. Put it out there and it will be yours and I for one, am up to that challenge.

Here are five things that I learned in that brief hour and a half: 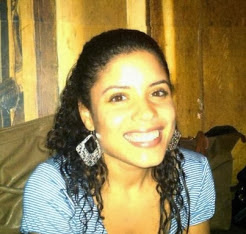